Bezulsqy wrote: ↑Sun Nov 10, 2019 2:00 pm Watched Wes Anderson's Isle of Dogs on Friday. Absolutely loved it! And need to get that score.

Just now finished Mission Impossible II. Not the best :-) Is the rest of the series better? I did like the fist one.

Ben - Mi:II is the drizzling shits! John Woo on steroids...

They get immeasurably better, starting with JJ Abrams III - probably my favourite of his directed films (not saying a ton, but y'know...) it has a gnarly opening set piece with a genuinely shocking end, introduced the lovely Michelle Monaghan into the series, and has P.S.Hoffman as an all-time great adversary.

And they just kinda keep getting better (bigger, more dangerous for Tom, sillier) as they go on.

I can echo this. 2 is something of an outlier in this series, which against all odds not only jumps way up in quality again, but also somehow gets better and better with each installment.
I have been in this business a long time. Now if I don't want to do a show, it's not because I got stage fright. It's because some creature from beyond doesn't want me to do the show. Now gangway.

And a shout out to First We Feast channel on YouTube, specifically Hot Ones but also the content generally is top notch, well made entertainment.

And a shout out to First We Feast channel on YouTube, specifically Hot Ones but also the content generally is top notch, well made entertainment.

Hot Ones is hit or miss for me, especially since the host has settled into a very specific routine for the show and doesn't seem to push for interesting interview questions. With that said I still watch a lot of the episodes.
I really love The Burger Show with Alvin though. That one is a lot of fun. 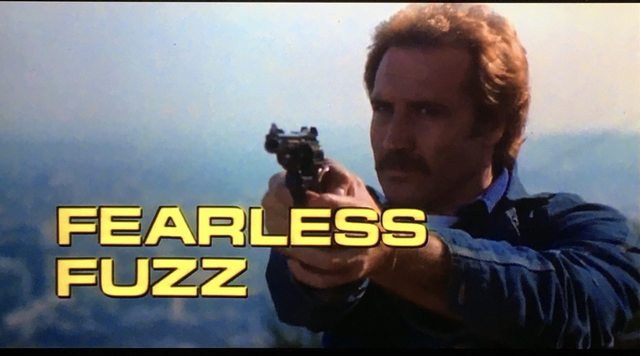 I just downloaded it but I have no idea when I'll actually get to watching it. I'm way behind on most of my TV watching already.

Jimmy_Mike wrote: ↑Sun Nov 10, 2019 10:17 pm Saw The Lighthouse today. Definitely worth seeing, but I preferred The Vvitch. You Lovecraft fans will be tickled.

Still have not caught either of those, but I watched Hagazussa on Shudder over the weekend. Creepy atmosphere throughout, and the goat eroticism stuff was weird af, but I was very zoned out by MMMD's original score . Their music felt to be in the vein of Sunn O))) ambiance. 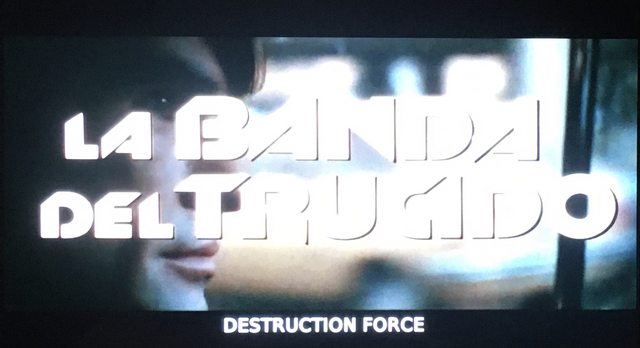 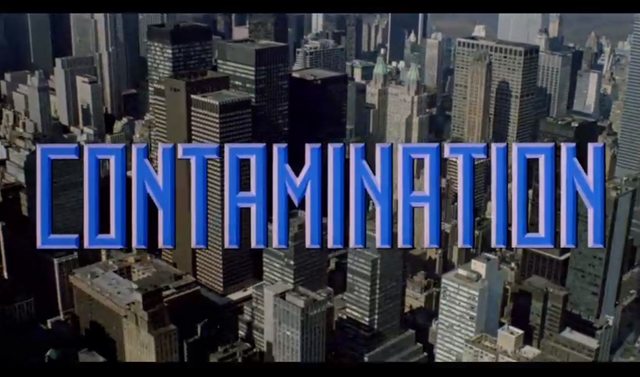 The inlaws really wanted to take the wife and I out to dinner and a movie last night. I pushed for Doctor Sleep but they wanted to see... 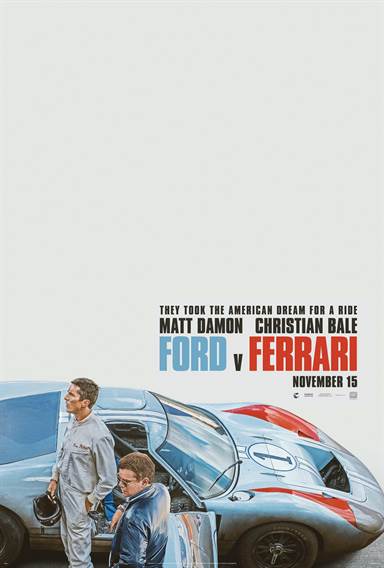 I actually didn't know anything about this before going into it. I like Damon but never really been much of a Bale fan, he's a good actor but doesn't do much for me. The film was alright, about 45 too long (2.5 hour runtime) and has the best Bale performance I've seen in years. Damon is doing his thing, I can't tell if it's the person he's playing or if he's just phoning it in but it was a fine performance. Jon Bernthal seemed kind of mis cast, he was fine but not really believable in the role. A lot of the racing scenes looked really fake and worst than a racing video game. There are a few too many speech/monologue sections that ruined the weight of scenes. The score is extremely cheesy at times too. I think the film could have been much better than it is if it had committed to being something more than just a studio film about Ford winning the Le Mans. 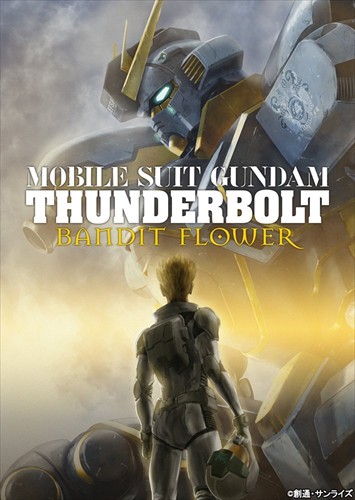 Finally watched this. After an amazing hour and half of animation and battles the film just ends on a cliff hanger. Bummed me out, there is no resolution to the story at all, it was entirely set up. Guess I will have to go to the manga to find out what happens. I loved the jazzy soundtrack too.

Jimmy_Mike wrote: ↑Sat Nov 16, 2019 3:10 pm Watched The Predator (1987) with the boy last night. Second R for Jimmy_Mike Jr. The special effects hold up so well, especially/shockingly the cloaking effect. Also the score is so fucking good.

Woo hoo! I bet he would also have a blast (like me, and no other fucker it seems...except @deaf I think...) with The Predator.
Do your parental duty, JM! :)

By maxlevel -  Sat Nov 16, 2019 8:12 pm
-  Sat Nov 16, 2019 8:12 pm #123077
@inksb going to see Le Mans 66 tomorrow, looking forward to it. The major issue is the trailers seem to suggest Ford is the little guy, the renegades. Ford is the giant multinational and Ferrari is the family run garage business, not the other way round. The premise is basically ‘big guy smashes little guy’. I look forward to it as I enjoy an engine and that period of Mustang is the golden age of the internal combustion engine and Ass Kicking design.

maxlevel wrote: ↑Sat Nov 16, 2019 8:12 pm @inksb going to see Le Mans 66 tomorrow, looking forward to it. The major issue is the trailers seem to suggest Ford is the little guy, the renegades. Ford is the giant multinational and Ferrari is the family run garage business, not the other way round. The premise is basically ‘big guy smashes little guy’. I look forward to it as I enjoy an engine and that period of Mustang is the golden age of the internal combustion engine and Ass Kicking design.

Don't worry, it is quite obvious Ford is there to prove it's point with all the money and power it has. The actual little guy spin is on Shelby and Miles. I

inksb wrote: ↑Sat Nov 16, 2019 2:30 pm Contamination is one of the most boring films I've ever watched. lol. Fun soundtrack, cool special effects at the very end of the film but holy was it a slog to get through

Agreed, @inks, this one struggled to maintain my attention. I was really there for the Goblin and gore (and Ian McCulloch), but not even any boobs during a shower scene? C'mon, Cozzilla.... at least Giovanni Corridori's exploding bodies were pretty epic and quite a sight to see, yikes.

By maxlevel -  Sun Nov 17, 2019 9:21 pm
-  Sun Nov 17, 2019 9:21 pm #123102
@inksb I saw Le Mans 66 today. I’d compare Damon to a bottle of warm piss, Bale is ok and has all the best lines, the racing footage is great but hardly original. It even has stereotypical Italians and wonky British accents. I really enjoyed the scene where Shelby puts Ford Jnr into the passenger seat of a experimental GT40 and makes him cry but even the soundtrack was lame.

Gonna try and catch The Irishman at my local over-priced Everyman this week though. But fuck I hate those yuppie mini-plexes: stoopid deluxe sofas, Belgian choc and champers waiting service (throughout the fucking movie!) and you have to endure the smell of someone chowing down on a full meal of chicken and chips. NOT my idea of cinema.

Tonight- I need to work out whether I require that DW release of the soundtrack so watching the flick via Prime:

By Chuggers -  Mon Nov 18, 2019 12:20 pm
-  Mon Nov 18, 2019 12:20 pm #123128
Not sure if any of you watch that type of thing but Joe Bob Briggs featured Contamination on one of his Last Drive-In episodes this year. Breaking that movie up into segments, getting the history and some of the odd factoids and trivia definitely made it more enjoyable and entertaining......if you're not into that type of thing I'd be interested in your thoughts. Have a great week gentlemen....!

I highly recommend The Sect. I love that film. It's the second best Saovi film imo, right behind Dellmorte Dellamore. The Church is good too even if it's essentially just Demons 3 but in a church. It has some cool atmosphere, a few fun Goblin tracks and some good effects.

I don't think you need to see Contamination. I'm sure some of you have noticed I'm pretty forgiving when it comes to films, I usually find some enjoyment in what I'm watching and very rarely do I hate or completely dismiss a film. That is one that I bought the fancy Arrow bluray of and if I hadn't picked it up for £5 in a sale I would have just resold it to get my money back. It's incredibly boring. Every other film you mentioned in that post you should watch before you get to Contamination. Like I said the ending does have some redeeming value in it's effects, it's just brutal getting there.

I think @chuggers recommendation of watching it with Joe Bob may be the way to go but I'm not sure if he appeals to you @bez as he was just a horror movie host in the US through the late 80's and most of the 90's.


Didn't really get to any films this weekend but I spent Saturday morning watching episodes 2-4 of Watchmen. I only intended on one but it sucked me right in. I'm so amazed that this show works and even exists.