Talk about ( & to) record labels here.

Speaking of setting up, as we were, don't forget about those wawyard chimes...
There's a big difference between winging it and seeing what happens. Now let's go see what happens.

skeletonbutt wrote:That Mad Max is so good! I have the NOTLD one but don't think I've spun it much. Didn't grab me like Mad Max did.

Oh I really dig NotLD, but yes indeed- Mad Max is fierce! The band apparently managed to get endorsement for their rescore from the original cast and George Miller his bad self!

Totally up for grabs, we've only got 10 entries so far- decent odds!

is now closed - we have a lucky (randomly generated) winner, and it's one of our brothers from this very forum!

Well done Ben, we will be in touch over the weekend... thanks to everyone who took part, enjoy your Morricone Youth rekkids :) 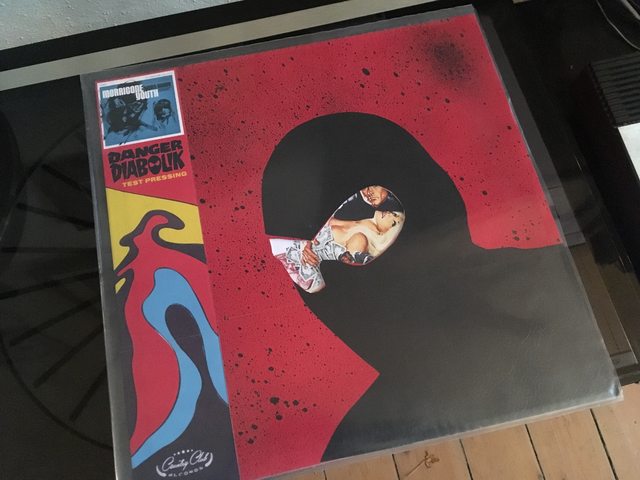 I was honoured to take part in this amazing, ambitious project, and created an album's worth of material collaborating with local people in the area of Birmingham where I grew up. I also designed and shepherded the LP, which references one of my all time favourite albums which is very appropriate to this project: The Langley Schools Music Project.

'for-Wards' was created by one of it's composers, Bobbie-Jane Gardner, to explore the sounds and communities of Birmingham, the UK's diverse second city. Each of the ten composers was assigned a district with which they had a strong connection, working with local community groups and residents to build a library of hyper-local field recordings and generate compositional ideas.
These workshops became the basis and inspiration for the artists' works, which were performed in full during a series of live concerts across the city between 2017 and 2018.

You can find out more about the project at:
http://www.for-wards.co.uk

Bezulsqy wrote:Very nice project. Will buy when I have money again :-) Probably tomorrow!

Blessings pon your house sir! (And thanks for the tantalising Lynch pics youve been posting :)